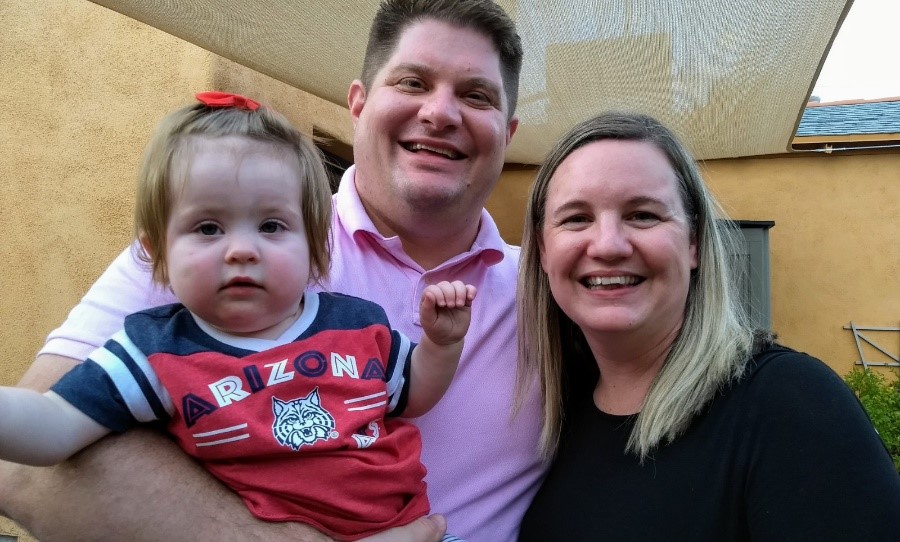 Professionally, Paul Clapp has specialized in Government Solutions for almost 10 years, starting at Hyland Software, the developer of the Enterprise Content Management software OnBase. By focusing on State & Local Agencies, he has had an opportunity to help improve business processes that are often outdated or manual. Since then, Paul has since joined Iron Mountain, a global leader for storage and information management services. There, the Gamma-Rho alum leads the State, Local and Education Sales Team (SLED) for the Western half of the US.

Paul is a 2004 Graduate of John Carroll University where he was a founding father of the Xi-Tau Chapter of Kappa Sigma in 2002. Gamma-Rho started as an opportunity right out of college, when Brother Clapp was offered an opportunity to move to Tucson and be the resident advisor and Alumnus Advisor starting that July. Moving from a town of 3000 people in Ohio to the large college environment, Paul was quickly welcomed in by the Gamma-Rho brothers. Although not being an undergraduate in Gamma-Rho, Paul believes that “Gamma-Rho allowed (him) to learn life lessons that didn’t come easy, but looking back at it, (he) wouldn’t change a thing.”

Some of Paul’s favorite recent memories of Gamma-Rho has been the quality time with alumni during Homecoming events and Housing Corporation meetings in Pinetop and Ixtapa, Mexico. Not only the events, but Paul also treasures the lessons and wealth of knowledge that has come from the Kappa Sigma business owners, leaders and experts in their respective fields. He has been quoted stating “sometimes sitting back and listening to how they tackle each situation is just as rewarding as reading self-help or sales books.” Paul is proud to be called a member and brother of an organization in which the unique backgrounds that the alumni bring to each conversation is unmatched in most organizations around the country.

Since getting back involved, Gamma-Rho has taken on a new meaning for Paul. It has now become a network where he continually looks forward to meeting brothers from all around the US. He always enjoys hearing how Gamma-Rho has impacted the lives of everyone, and while Paul did not participate as an undergrad, he feels that he can do his part as an Alumni Volunteer and Board Member to help protect the future of Gamma-Rho so that future generations will have the same opportunities.

Kappa Sigma as an organization, means lifelong friendships to Paul. Like most of the Gamma-Rho members some of his best friends are Kappa Sigs. Although he talks to some more often than others, he and his brothers always pick back up right where they left off no matter how much time has passed. Kappa Sigma has also given him the opportunity to travel, as both an undergraduate and a graduate brother, to help other chapters with installations and going to conclaves. When asked for some advice for younger members Paul said to “utilize your resources, reach out to Alumni and don’t be shy when you graduate. The Alumni and Housing Corporation are only involved to help. Take a look at the directory and see what Alumni live in your area and get together with them.”

Paul and his wife, Maggie O’Neill, live in Cleveland, Ohio with their two daughters (Raegan & Brett) and have been married since 2015.