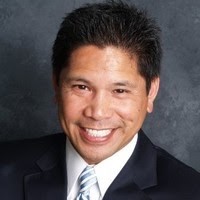 Eric was initiated in 1988. After graduating from the University of Arizona in 1992, Eric pursued a career in financial services. He worked for companies such as American Express and AG Edwards & Sons Incorporated. Eric remains involved in this industry through Rancho Santa Fe Insurance and a private equity firm called Fundsition.

The Gamma-Rho Chapter and Kappa Sigma were a simpler time in Eric’s life. It was a special time of new friendships and learnings without any of the drama or complications of the real world and its complexities. For Eric, Kappa Sigma was his first introduction to responsibility, accountability leadership, philanthropy and service above self.  In reflecting, his experiences at Gamma-Rho have left an indelible imprint on his operating system and how he lives his life today. Eric wants undergraduates to know that life is a team sport; and you should not be prideful or ashamed to ask for help. Eric is the product of many people who have invested time and resources into him over the years, which resulted in the best version of himself. This old adage still resonates deeply within Eric, “If you want to go fast, go alone, but if you want to go far, go together”.

Gamma-Rho taught Eric how to give back. He is the current Chair of a scholarship and nonprofit mentorship program in Southern California called Future Legends (www.furturelegends.org) where he is proud to announce a 100% graduation rate amongst their scholars.

With exposure to the financial industry of the 1990’s and 2000’s and as a former Board member of a San Diego Hospital Foundation, Eric was able to see first-hand the implementation of charitable strategies to improve the community and quality of life of the donor(s). One such strategy involves the gift of real property to a qualified nonprofit in exchange for a lifetime of income. Through business relationships, he is most pleased to have a hand in augmenting the retirement of senior citizens in this country (www.homeequityleverageprogram.com).

In addition, and with the passing of the Farm Bill in December 2018, Eric co-founded a company (www.preferred-cbd.com) earlier this year to distribute branded and private label CBD products to the public through national retailers. As a believer in the therapeutic benefits of hemp derived CBD, he has formed alliances with professional sports leagues, retired players associations and veterans- groups to help in the adoption and promotion of these therapies to the masses.